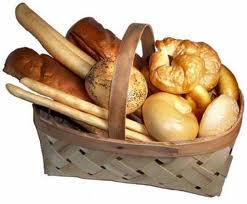 In July 2012 Ukraine’s largest bakery capacity of 250 tons per day, located in the village Krushinka, Kiev region, will be put into operation and will launch products .
In the range of products the largest bread-baking plant will include a variety of bakery and confectionery products. Along with the opening of the largest bakery trade will build a network of 300 stores, and the total number of staff will be up to seven thousand people.
Market bakery products: competition
With the advent of powerful new competitor in the bread market in a metropolitan area his balance, and so shaken after starting in the village Petrivtsi Ltd. “The First Metropolitan Bakery”, owned by holding “Grain Investments,” will clearly be violated.
In the most disadvantaged was Vasilkovsky Bakery, part of the holding “Kyivkhlib” as a bakery in the village of buckthorn will be able to meet the demand for bread of Vasilkovskaja area, which could lead to a reduction in output at Vasilkovskiy bakery, and some of its equipment may be transferred to other plants holding.
Investor company is Vladimir Misikov owner plant “Kulinichi,” one of the leading manufacturers of bread in Kharkov and complex “Kulinichy” in Poltava. According to preliminary data of investment in the project amounted to 45 million U.S. dollars.
The structure of the grain market in Ukraine
Note that in the past year and a half structure of the grain market of Ukraine  – is still one of the most stable in the country – has changed significantly. Clear separation of the regional players, which was characteristic of the market for many years, no longer exists, and a series of mergers and acquisitions has made ​​adjustments to the rating of the largest producers. The author of the majority of transactions in the grain market was the company Lauffer (holding “Harvest”). Sold part of its asset holding “Tees” are assets of bread sells Arsen Avakov.

Despite all these changes ambiguous, we note the piece of news is clearly positive character for all owners of the meat business, the purchase and delivery of imported equipment will now be cheaper. In Ukraine, came into effect on the decision of the Cabinet of Ministers № 392 of April 11, 2012 on the introduction of equipment for the bakery industry in the list of energy-saving materials, equipment and components that are exempted from import duties and import operations for which the customs territory of Ukraine are exempt from VAT.

Ukraine is great for living!

Natalia Sakhatska
We have no war, cheap life and ambitious young people1. Quiet, peaceful countryFor those who do not want a thrill, Ukraine is a very...