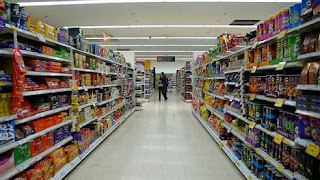 What are the conditions of work with them?
Please, leave an inquiry on [email protected]
Reason 1
The supplier sells “on the shelf” and a supermarket sells to the consumer.
Most of suppliers see their role in making (or finding) “quality” product, and by hook or by crook to put on the shelf at the supermarket. At that to put the entire package of goods and do it immediately. So, the role of the supplier is to manage a supermarket.
To do this, held lengthy talks with the managers of supermarkets, where the supplier present its products with illustrations and talks about its merits, in convincing impeccable quality, rushes ambitious phrases: “We want to take a minimum of forty percent from the leading brand”, “Ours quality is the best on the market “.
Whether such arguments are convincing to the supermarket? Practice shows that, after such negotiations, the manager of a supermarket with no less ambition gets its price list and saying, “Want to see your product on our shelves – pay,” solemnly handed it to the supplier. Why is this happening?
In order to better understand this, you need to understand the role of the supermarket business, but also know how the supermarket put its position on the market. The vision of the role of the supermarket is to maximize the satisfaction of needs of the final customers. Therefore, supermarkets, contrary to the suppliers, not thinking about how to present all of the entire products in own store. Their thinking is focused on the construction of such sales, which will involve a maximum of supermarket consumers and make them loyal customers. In other words, the role of the supermarket is to serve the consumer, and thus manage the supplier as it “requires” the final customer.
Reason 2
The supplier sells the entire range; supermarket sells the one that corresponds to its positioning.
Often the range of supplier “washed out” in the price list you can find everything. Although to date most of the suppliers are focused on selling more narrow range of goods, not all in cooperation with supermarkets account for how a supermarket positions.
As a consequence, there are strange requirement to pay “entrance fees” in the supermarket, following which there is no guarantee that the product will be presented to more than two or three months. For example, a major dairy producer has paid quite a tidy sum for the presentation of goods in one of the largest supermarkets network of Odessa. But three months later, after the optimization of assortment, supermarket has excluded more than half of the range of this brand from its own database. One of the reasons was inconsistency brand image and a network of supermarkets.
Reason 3
Failure to comply with obligations to pay of supermarket for the goods delivered.
Very often the supermarkets do not maintain the payment terms, which are set out in the contract and pay for any parts or delayed.
Approximately 80-90% of visitors make regular supermarket shoppers, with the exception of supermarkets, which are located in the central streets of the city, on the central highways, etc. This means that we, as consumers continually spend our money in one place. More money we spend in the first days of wages (except for business owners), and decreases the amount of our costs while waiting for the payment of wages. All this means that the trade has ups and downs, but we continue to make purchases because we want to satisfy the most basic need – the need to quench thirst and hunger.
Start work with Ukrainian supermarkets, leave an inquiry on [email protected]