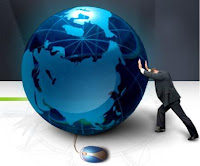 In the town of Sirmione (Italian Republic) was held The International disciplic Olympiad in Informatics. Of 324 participants from 81 countries have adequately presented Ukraine pupils and students having received prize places and won four medals.
Gold medal won  Sergei Nagin, student of the faculty of cybernetics of Kiev National University named after  Shevchenko. Silver medal got Vitaly Gerasimov, a student of Applied Mathematics and Computer Science of Lviv National University named after  Franco. the bronze medals  went to Roman Furko and Roman Rubanenko, pupils in grade 11 of Poltava Regional lyceum at Kremenchug Teachers College named after  Makarenko.
In the overall ranking Ukraine won 10th honorable place among the 86 participating countries.
All participants of the International Olympiad in Informatics got vivid impressions of staying in Italy, they are actively communicated with each other, and also visited some interesting excursions.
According to the materials: mon.gov.ua.

The invention of the Ukrainian students one of the best, «TIME» version

Editorial stuff
"Ukraine - one of the most prosperous countries in the world for Internet access," said Alexander Olshansky in the business breakfast CEO Club Ukraine...