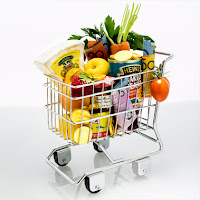 Editorial stuff
In 2013, consumer interest in Ukrainian people has shifted in favor of new product categories. Studies of the dynamics online purchases in January-April this...